Buff Ducks! What are they and Where are they from? 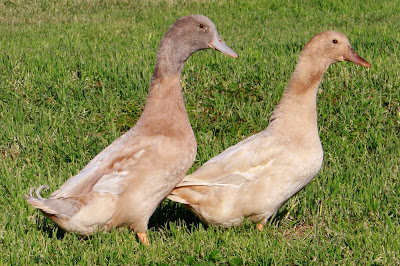 William Cook is the father of the Buff duck. Born in 1849, he specialized in Orpington chickens and ducks, named after the town his farm was in, Orpington, Kent in England. At the time the buff color was popular as it was the same color as the waistcoat of the Royal East Kent Regiment. Wanting to capitalize on this, William started breeding Cayuga, Runner, Aylesbury, and Rouen ducks together in order to produce a buff color. 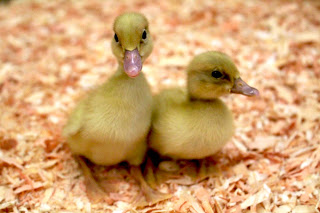 In 1897 William introduced the Buff Orpington duck. It was a medium sized duck, ranging from 6 to 7 pounds. It was considered a great all-purpose duck as it’s meat offered a decent sized breast in 8 to 10 weeks and could lay about 200 eggs a year, making it a good year-round layer.

William brought the Orpington buff duck to America in 1908 and showed it in the Madison Square Garden Show in New York City. In 1914 it was admitted into the American Standard of Perfection as simply Buff, making it the first breed to be named by only its color.

Today the Buff is a threatened breed. The Livestock Conservancy’s 2000 census has identified 793 breeding Buff ducks with only 11 people currently breeding them. It is still prized for its coloring and dual-purpose flexibility. In fact, many believe the buff feathers are easier to pluck than the white feathers of more popular meat birds.

We offer the Buff ducklings typically from mid-February through November each year. They are a calm, beautiful duck that is very popular.

~~~ Want to know how to take care of your ducklings? Read our series of posts about what you need to know!
Brooder and Bedding
Water and Waterer
Feed and Feeder
Heating