Can You Move Laying Ducks During Egg Production?

Friday, November 25, 2011
If you move ducks that are laying eggs into a different pen, will it adversely affect their egg production? If you had asked me this question three weeks ago, I would have said "Absolutely! Yes, egg production will drop dramatically!". Well, I would have been wrong.

In late fall we have to clean a lot of our buildings in preparation for next year's duck breeders. Normally we move all the breeders from a building to our sell pen and start cleaning out one years worth of manure and bedding. Our Khaki Campbells were still laying fairly well in a building that was scheduled to be cleaned. My breeder manager, Guillermo, decided to move them into an empty pen in another building so we could get another two to three weeks worth of eggs from them before that building had to be cleaned, too. 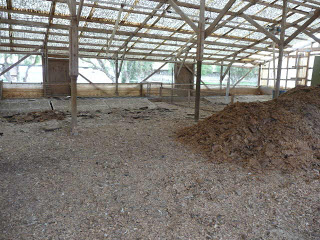 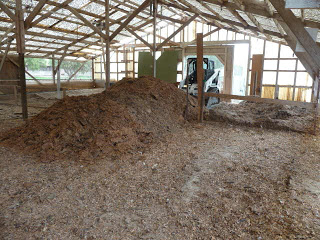 If he had asked me prior to the move, I would have said "It won't work, but go ahead and try if you want. They will stop laying within a couple days of their move." I encourage employees to try new things but I knew how this was going to work out.

The ducks were walked into a trailer and driven to their new pen, about 80 yards away. The construction of the buildings is exactly the same, though their new pen was a mirror copy of their first pen (for the new pen the water was on the west side and nest boxes on the east side instead of east and west in the older pen). In addition, they have new neighbors on both sides of their new pen. Now, look at the egg production of that Khaki Campbell flock.


You can see they have not gone down in egg production! The move was a stress but there were many things in common between the old pen and new pen: same feed, same feeders, same nipple waterers, same bedding, same lights, and same light schedule. They are a bit more nervous but otherwise have taken well to their new pen. 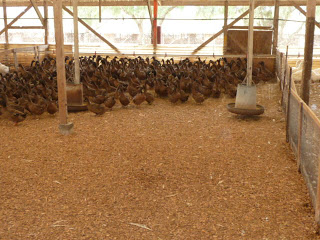 I still do not recommend moving breeders while they are in production - especially if they are early in production and you are getting more eggs each day - but I have learned you can move older flocks if you have a real reason to do so and the new pen is very similar to the old pen.

See - you can teach an old duck farmer new tricks!