What is Blown Egg Art?

Thursday, December 7, 2017
A blown eggs is an egg that has a hole drilled in it and the white and yolk are removed from the egg through the hole. The final result is a hollow egg shell that can be used for decorating. Cultures around the globe have given significant meaning to these decorated eggs; some practical, others ceremonial. Simple to elaborate methods to obtain various designs have been and still are used today. Organizations and guilds continue to further blown egg art, showcasing the intricate designs and encouraging others to follow.

The oldest known use of a blown egg was an ostrich egg in South Africa nearly 26,000 years ago. It is believed they were used as containers for food and water and that the scratches on them designated the egg’s owner. 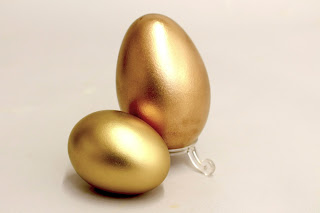 More recently, blown eggs are used in various religious traditions and practices. For example, elaborate eggs are given as gifts during Easter symbolizing life and rebirth while golden eggs can be found hung as ornaments outside mosques in Istanbul. Decorated eggs in Africa are used to ward off evil while others are used in celebrating the New Year in some Persian cultures. Red eggs are used to symbolize Christ’s blood in some Christian Orthodox and Catholic traditions.

People produced these designs using methods of dying, painting, scratching, and carving. The most elaborate and well known blown egg art is called pysanky. Originating from Eastern Europe, women would use wax to block off areas before dying the egg. Using this same method now, very colorful and intricate patterns and designs can be made. 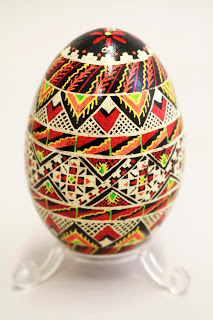 Organizations and guilds have been formed dedicating themselves to old and new ways of producing blown egg art. In the US one such organization is the International Egg Art Guild. We encourage you to visit their website for more blown egg art.

Some individuals make a living making and selling blown egg art. Dan Stevens, our customer in Oregon, has one such business, specializing in Christmas decorations for the last 35 years. Below are a few samples of his work. To see more, visit his website at CountryChristmas Eggs. 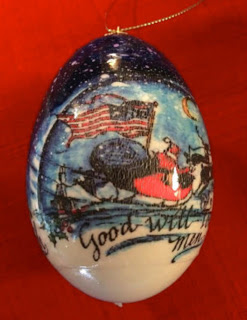 Below are some more examples of decorated blown eggs. 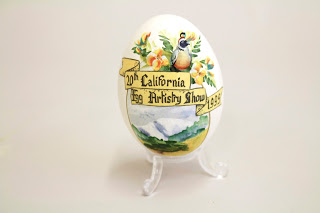