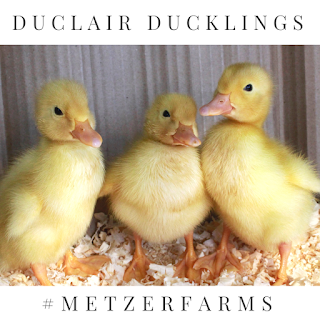 A very good multipurpose duck would have to be the Duclair. It was first developed in France and was named after the city Duclair in Normandy. It became a part of the American standard in 1923. In 2012, Metzer Farms in conjunction with Stone Church Farm in New York developed a strain of Duclair which Metzer Farms has continued to breed. 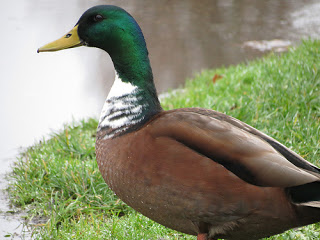 
A search for Duclair ducks will usually produce a duck that looks like a cross between a Rouen and a Black Swedish duck. The strain that Metzer Farms and Stone Church Farm developed, however, is completely white. It is a great egg layer at 130 – 200 eggs a year. At full growth it averages at 4.5 – 6 pounds. It has a calm personality making it a great starter duck for kids.

Today, the Duclair is prized for its meat and can be found in many high-end restaurants. We ship Duclair on a weekly basis for raising and processing to New York and several other growers across the states. 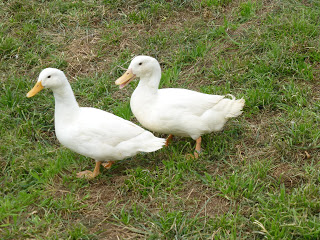 
Whether you are looking for a pet, an egg layer, or a meat bird, the Duclair is an excellent choice all around and would make for a beautiful addition to any flock.