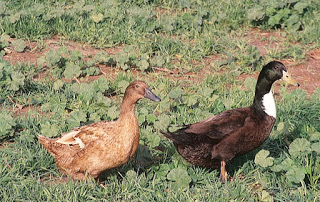 The Golden 300 Hybrid was developed by us in 1996 in order to meet customer demand for ducks that produce a high volume of eggs but are calmer than the Khaki Campbell. Several years after that the White Layer was developed as customers wanted a duck that had a lighter colored embryo for balut purposes.

The Golden 300 and the White Layer are our top egg layers, capable of laying 230 eggs in 40 weeks of production or 290 eggs if they lay for a full year. The only difference we have found between these two strains is the White Layer lays about 1-2% blue/green eggs and the Golden 300 lays about 5% of blue/green eggs. Otherwise they are identical in terms of egg production, egg size, shell strength, etc.

We crossed different breeds of ducks together to make the Golden 300, the breeds of which are a secret! Since the Golden 300 and White Layer are composed of different breeds, they have quite a bit of hybrid vigor and typically have less mortality and live longer than most other breeds. Their eggs are not as large as a Pekin but they produce many more and … produce much less manure! 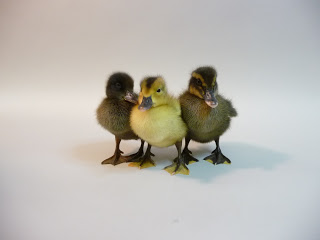 Male Golden 300 Hybrid ducklings As ducklings, the sex of the Golden 300 can be determined by their down color. Female ducklings are shades of brown including light brown, chocolate brown, and combinations of brown and yellow, while males are shades of black ranging from stark black to different patterns of black and yellow. As adults, the female can range in color from a light brown to a dark brown with patches of white. Adult males have a much darker plumage ranging in color from all black to black with a white chest to almost a male Rouen appearance. The White Layer, on the other hand, has to be vent sexed as both male and female are yellow as ducklings and white as adults. If you produce babies from our Golden 300 they will not retain these characteristics of females being brown and males being black. You will hatch all colors, including white, with no relationship between the color and the sex. The White Layer, however, breeds true, meaning the White Layers will produce more white ducks.

Typically they also have great temperaments making them good as pets. We have had some customers, however, that tell us their White Layers and Golden 300 are very nervous and we have had other customers tell us their birds are calm. This is puzzling to us as the genetics does not change. So what causes this wide swings in temperament? 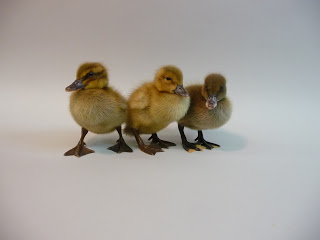 I phoned Dave Holderread, waterfowl breeder and author, and he also agreed that some birds can be nervous and others calm from the same breed. His only guess is that there is a period in their early lives where they are very susceptible to and impressionable by fear. They are scared by a dog, or they are caught and handled by a person, or light movements at night scare them and they are not only terrified but are nervous from that point on.

Can we tell you when that susceptible period is? No. Can we tell you when that period ends? No. All we can say is to allow them to have plenty of room to move away from you in their pen (if they are running or flapping you are moving too close or too fast), warn them you are coming (rattle your keys, whistle, sing, knock on the door or simply talk to them as you approach) and do not overcrowd them. You can always give your birds treats from the very beginning but you cannot count on the treats to totally overcome a traumatic event that makes them overly nervous.

People ask how much egg production will drop in the second generation if our Golden 300 or White Layers are used as breeders. We do not know for sure but our guess is the progeny will lay 5-8% fewer eggs than the birds you purchased from us. We are also asked how much production drops in their second and third years of production. The rule of thumb is a drop of about 8-10% per year. 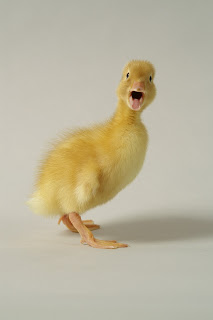