How Do Our Ducklings and Goslings Actually Get To You?

Friday, December 3, 2010
The logistics involved in getting our ducklings and goslings to you are fascinating. But first I want to give you a little history.

Until about twelve years ago the United States Postal Service (USPS) had its own planes and flew much of the mail throughout the United States. This was their Eagle Service system. But then the USPS decided they could do it cheaper by tendering all of the mail to commercial airlines (Delta, United, Northwest, Continental, etc.), so they got rid of all their planes. This worked fine for most mail but not for day-old birds. There are two problems with live, day-old birds: 1) the carriers are paid by weight and a box full of letters weighs more than a box full of chicks or ducklings and 2) they have to make sure the temperature and ventilation in the hold is sufficient for live birds. Though it was in their contract to do so, some airlines stopped carrying live birds because of these problems and shipping became a problem nationwide. 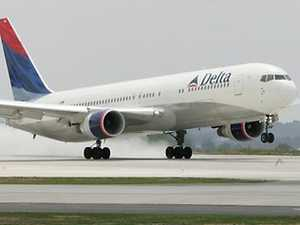 At this point the Bird Shippers of America was formed by mail order hatcheries and associated companies and customers. A lobbyist was hired and we made some headway. But the situation continued to deteriorate. It was so bad in the spring of 2005 that it changed from week to week on where we could mail our birds. We could take orders but we never knew if we could mail there on hatch day. Luckily in the fall of 2006 FedEx signed a contract with the USPS to haul day-old poultry on their planes. FedEx took this very seriously and I was soon visited by three national FedEx managers to better understand the hatchery business and ensure the system they set up would work. Since that time, shipping has been very consistent and relatively trouble free.

But back to my story. Where do the ducklings and goslings go when they leave our hatchery? We mail them in the local town of Chualar, population 600. My father started mailing ducklings there on the way to work 40 years ago and we have continued ever since. USPS trucks pick up the shipments there and take them to Salinas, a nearby distribution center and then on to San Jose. Some are flown from San Jose but most go to San Francisco or Oakland airports. They are then transferred to FedEx. 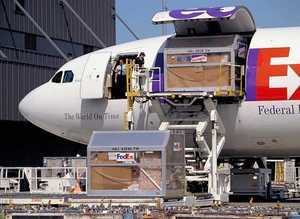 FedEx has a Day Turn and a Night Turn. Day Turn are those birds going by Priority mail. They leave early in the morning and are sent to one of two FedEx sorting centers for live poultry: Oakland by truck or Memphis by plane. At this hub they are sorted and transferred to the plane going to your nearest, major airport.

Night Turn are for Express Mail packages. They travel at night and arrive at the destination airport the next morning. The only way to ensure Express Mail packages travel on Night Turn is to deliver them to the San Francisco airport in time. But even by our doing this, there is no guarantee they will arrive the next day to your Post Office. 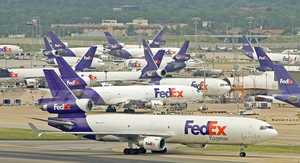 Once they arrive at the destination airport, FedEx transfers the birds back to the USPS. Sometimes the USPS distributes from the airport post office and other times they are transferred to a regional distribution center. That evening and early the next morning the USPS has trucks taking the mail to all the individual post offices in the area. Most arrive at your local post office in the morning hours. Some larger post offices have a second delivery later in the day. 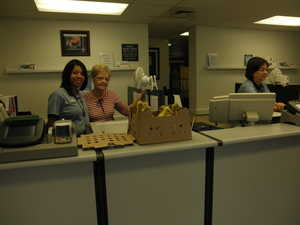 You can always drop by your local post office to learn their procedure but 99% of the time they will phone you early that morning to ask you to come get your birds. It is better for you to go pick them up so your birds get water and food as soon as possible – and don't travel with your mailperson all day before they deliver your mail. Make sure you give the hatchery the most appropriate phone number for you to be contacted in the morning.

FedEx carries most of our birds but some of the other major airlines, including Continental, Northwest (now Delta) and American, also carry day-old poultry for the USPS. It is an excellent system that works very well the vast majority of the time and is envied by hatcheries and their customers in Canada and most of the European countries.